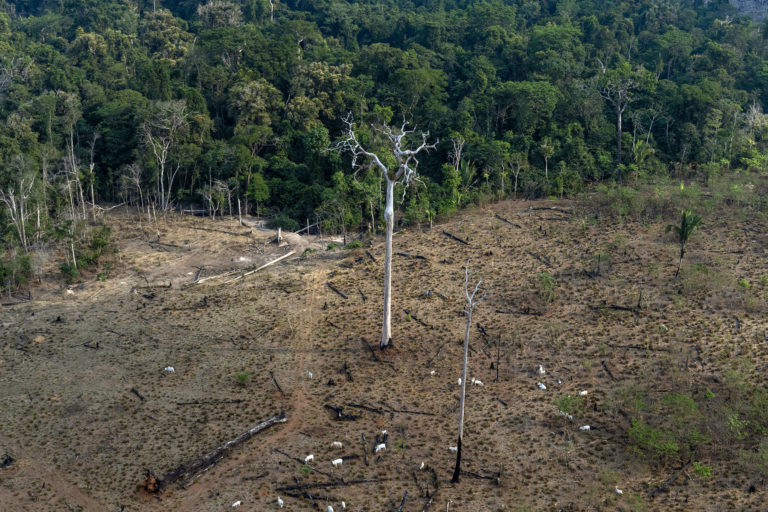 Deforestation in the Brazilian Amazon is off to its fastest pace to start a year since at least 2008 reveals data published on Friday by Brazil’s national space research institute, INPE. According to INPE’s deforestation alert system, forest clearing in the Amazon through the first two months of 2022 has amounted to 430 square kilometers (166 square miles), an area 126 times the size of New York’s Central Park. The loss in January and February year to date is more than twice the average of the past decade. Deforestation detected by INPE's DETER system for the first two months of each year since 2008. Due to cloud cover, deforestation data in January and February are less reliable than other months of the year. Annual deforestation in the Brazilian Amazon is measured at the end of July, which typically coincides with the peak of the dry season when cloud cover is at a minimum. The torrid start to the year suggests the Brazilian government is falling short of its pledge at last year’s U.N. climate conference to rein in deforestation, which in 2021 topped 13,000 square kilometers for the first time since 2006. Forest loss in the region has been trending upward since 2012, but sharply accelerated since Jair Bolsonaro was elected president in 2019. The news came just days after a study published in Nature Climate Change provided more evidence that Earth’s largest rainforest is losing its resilience, heightening the risk of large-scale dieback. Such a dieback would substantially increase…This article was originally published on Mongabay