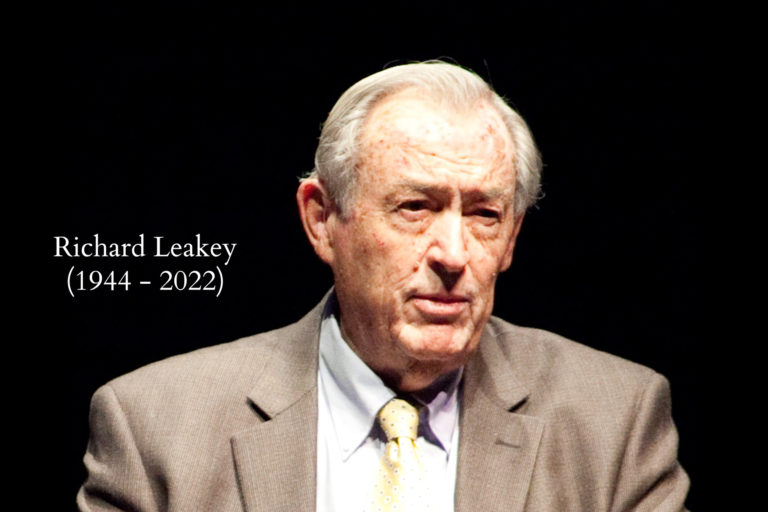 On July 19th, 1989, Kenyan President Daniel arap Moi lit the match on twelve tons of elephant tusks soaked in gasoline. The elephants had been the victims of a relentless poaching spree in Kenya, and the ensuing blaze was meant to send a message: Kenya was putting new muscle behind the fight to save its elephants—and it wanted the world to do the same by banning the ivory trade. The brains behind the burning—which made press around the world—was Richard Leakey, the new head of Kenya’s Wildlife Conservation and Management Department (WMCD), soon to be resurrected by Leakey as Kenya’s Wildlife Service (KWS). Leakey was, arguably, an odd choice. The Kenyan was world famous, but not for preserving species or places. Instead, it was for digging up new fossils that helped prove that humans evolved in Africa, a continuation of his parents’ groundbreaking work. But in 1989 Leakey gave up digging in the dirt and was now burning tusks in an escalating battle to save Africa’s megafauna from obliteration. Leakey—who leaves behind a massive and, at times, controversial legacy—died on January 2nd, 2022. Richard Leakey. Photo credit: Stony Brook University Origin in Africa As the son of famed archeologists, Louis and Mary Leakey, Richard was practically born and raised in Kenyan archeology and paleoanthropology. Louis and Mary had become renowned after finding numerous fossils of early hominins, helping to prove that the human species started in sub-Saharan Africa. For example, Mary found the first australopithecine in East Africa, classified today…This article was originally published on Mongabay