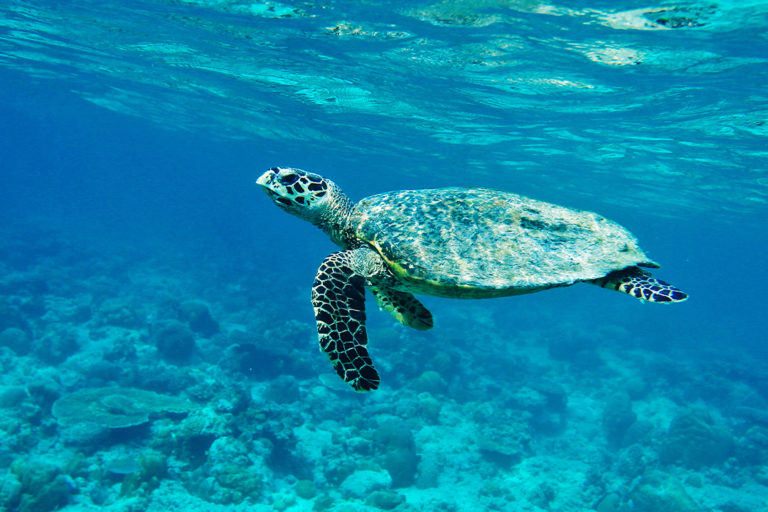 Filipino fishers call it the “secret island” — a group of three sandbars that emerge when the tide’s low enough, located a mile or so away from Pag-asa Island, known outside the Philippines as Thitu. They go there because it’s teeming with fish. But since 2017, the area has been largely inaccessible due to an international maritime dispute over parts of the South China Sea: Pag-asa, which is 390 kilometers (240 miles) northwest of the Philippine province of Palawan, is one of the areas to which China has staked a claim. The Philippines has successfully challenged China’s claim, lodging a case at a U.N. tribunal and winning recognition of its sovereignty over Pag-asa in 2016. China, however, has refused to recognize the tribunal’s jurisdiction and insists on addressing the maritime dispute bilaterally. Even after the ruling was handed down, the fishers have still been unable to access the secret island, they say, with the Chinese Coast Guard blocking their access to the sandbar since 2017. “We cannot fish there anymore, it’s forbidden, already forbidden,” Robert Asiado, president of the local fishers’ group, told Mongabay. The National Task Force–West Philippine Sea (NTF-WPS), a government body created in 2016 to enforce maritime security in the areas that fall within the Philippine’s exclusive economic zone, alleges that Chinese vessels have wreaked havoc on the area, harvesting protected species including coral, giant clams, and sea turtles. Asiado is one of 37 fishers who signed a petition for “Writ of Kalikasan” on April 2019. It’s…This article was originally published on Mongabay