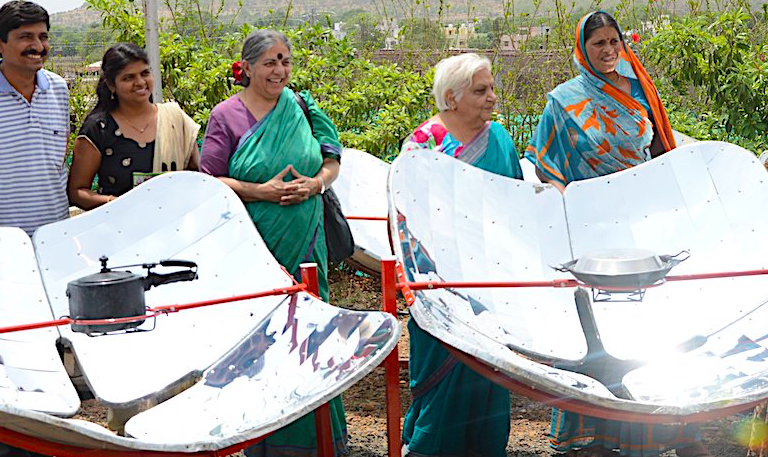 The Keeling Curve Prize has announced the 2021 winners of its annual award for projects that effectively remove climate change-causing gases from the atmosphere. The winning projects each receive $25,000 for their work in five categories, including energy, finance, transport and more. This year’s laureates are recognized for innovations such as grid-scale energy storage, a low-cost e-bike conversion device, measures to elevate seaweed farming, and other climate solutions, according to the prize’s website. In the Social & Cultural Pathways category, California-based Solar Cookers International (SCI) won for its work “improving human and environmental health by supporting the expansion of effective carbon-free solar cooking in world regions of greatest need,” the site says. Solar cooking is a fuel-free, clean cooking technology that is a solution to a number of challenges, from deforestation for fueling smoky fires to the resultant indoor air pollution which kills an estimated four million people every year according to the World Health Organization (WHO), mainly women and children. About three billion people cook on smoky, open fires or with smoke-generating stoves fueled by kerosene, biomass (wood, animal dung and crop waste) and coal, every day, according to the WHO. In addition to the conservation challenges associated with deforestation for cooking, another associated problem is that the burden of collecting wood falls mainly on women and girls, who, instead of studying for school or tending to crops, must spend hours each day gathering wood in areas that put them at risk of injury from wildlife, ranging from snakes…This article was originally published on Mongabay