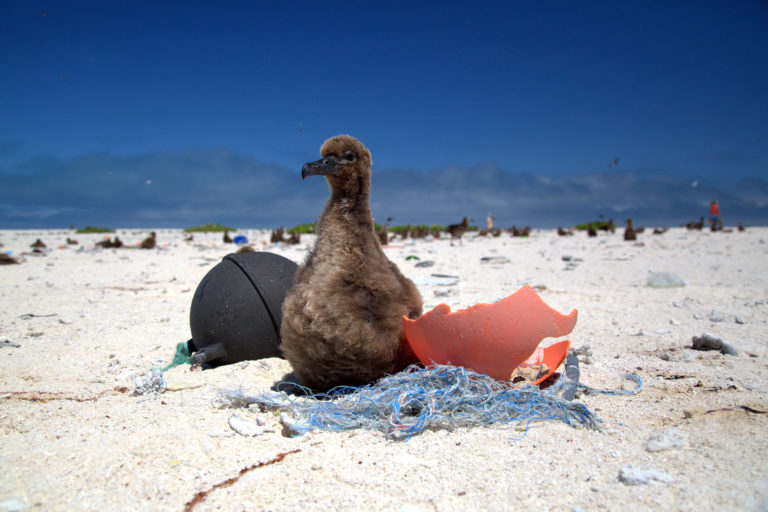 Humans have created so much plastic that it now exists from the slopes of Mount Everest to the extreme depths of the oceans. When we consider the effects of plastic on wildlife, images of whales entangled in discarded fishing gear or marine turtles that fatefully mistook plastic bags for jellyfish tend to spring to mind. But it’s not just ocean dwellers that are at risk. Land and freshwater species are in just as much danger, with migratory species especially vulnerable, a new U.N. Environment Programme report concludes. The report focuses on the Asia-Pacific region and identifies the impacts of plastic pollution on land and freshwater species protected under the Convention on the Conservation of Migratory Species of Wild Animals (CMS). The CMS is an environmental treaty of the United Nations established in 1979 to protect migratory animals and their habitats. The report draws on case studies from two of the region’s major rivers, the Mekong and the Ganges, which together contribute an estimated 200,000 tons of plastic pollution to the Indian Ocean and the Pacific Ocean every year. A herd of wild elephants consuming trash in eastern Sri Lanka, photographed in 2020. Image by Tharmapalan Tilaxan via Creative Commons (CC BY-SA 4.0) “By far most scientific research into the impacts of plastic pollution on wildlife has focused on the marine environment, firstly looking at entanglement in large plastic waste and over the past decade looking more into the effects of microplastics in the ocean,” Amy Fraenkel, CMS executive secretary, told…This article was originally published on Mongabay