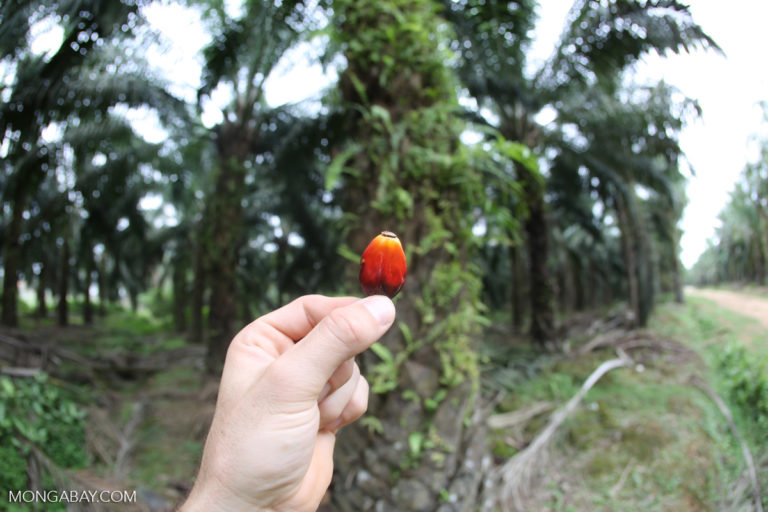 This is the second in a two-part series. Read Part One. Palm oil, a popular cooking oil as well as an ingredient in an ocean of products ranging from cookies to cosmetics, is the fourth largest commodity crop in Ecuador. According to Ecuador’s Ministry of Agriculture, oil palm plantations covered 2,600 square kilometers (1,004 square miles) in 2020. However, as in many other parts of the tropical world where oil palm is grown, palm oil production in Ecuador is coming at a cost. Residents of communities near plantations say harmful agrochemicals sprayed onto oil palm crops, as well as byproducts from the palm oil extraction process, are contaminating important water sources. Scientists are also adding their voices to this chorus of concern. Patricio Mena, a biologist and professor at the Pontifical Catholic University of Ecuador, said that agrochemicals and extraction byproducts leach into the soil and can cause many ecological problems. “It’s not just that a few animals die. [Pollutants] run into the soil, kill the microfauna and microflora, seep into aquifers — groundwater bodies that are fundamental to the water cycle — and end up in the rivers and even in the ocean.” Harvested bunches of oil palm fruit awaits transport to the extraction mill where they will be pressed to produce palm oil. Image taken in the Quinindé canton by Alexis Serrano. Mena said palm oil pollution can be lethal for fish and harmful for human communities that depend on them. “Perhaps the worst thing is that it establishes a…This article was originally published on Mongabay