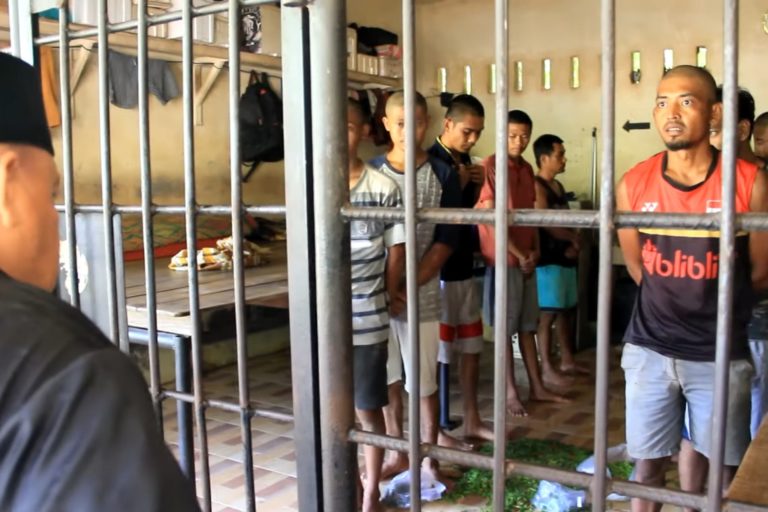 JAKARTA — A sting by anti-corruption officers in Indonesia’s North Sumatra province has uncovered evidence that a powerful local official allegedly used slave labor on his oil palm plantation. Agents from the KPK, Indonesia’s anti-corruption commission, found 48 men locked up in barred cells during a raid on Jan. 18 at the residential compound of Terbit Rencana Perangin Angin, the head of Langkat district. Police said at least one of the men was found to have bruises. Terbit, who was wanted on separate allegations of bribery, was not at home during the sting, but surrendered to the authorities the next day. He denied allegations he was keeping the men in captivity to work without pay on his oil palm plantation. But the evidence says otherwise, according to labor rights advocates. Anis Hidayah, executive director of the migrant worker advocacy NGO Migrant Care, said the detainees were forced to work every day from 8 a.m. to 6 p.m., were only given two meals a day, and were subjected to physical assaults. “These palm oil workers also reportedly do not receive wages at all and are not given proper meals,” she said. The detainees have since been released into the care of their families, while Migrant Care has filed a report against Terbit with the national human rights commission. The detainees locked up in the barred cells of the house of Terbit Rencana Perangin Angin, the head of Langkat district in North Sumatra province. Image courtesy of Tiorita Rencana YouTube channel. No…This article was originally published on Mongabay