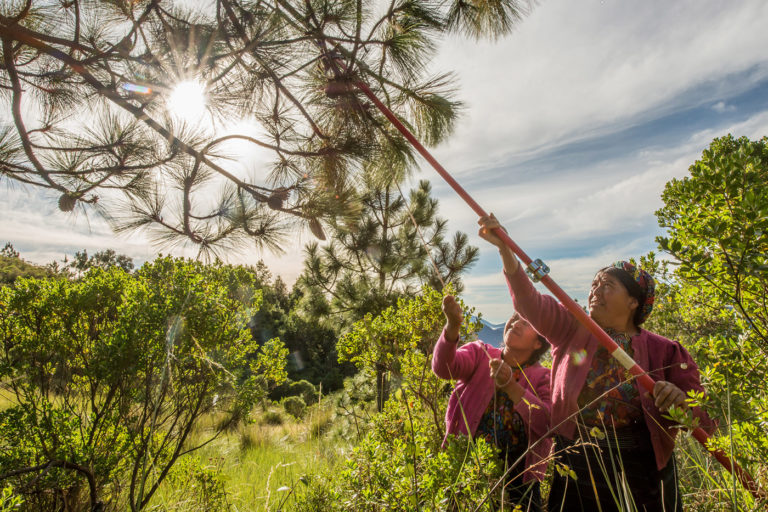 A new report by the Forest Declaration Assessment says that fulfilling the Paris Agreement won’t be possible without acknowledging and supporting the crucial role of Indigenous peoples and local communities’ (IPLCs) restored and protected lands. Titled “Sink or swim”, the authors of the report, Climate Focus and the World Resources Institute (WRI), focus on the potential of IPLC lands in Brazil, Colombia, Mexico, and Peru to mitigate climate change. The report then peers into whether this potential is reflected in the respective countries’ climate-related policies and nationally determined contributions (NDCs) to meeting the Paris Agreement’s targets. The release of the report comes days before the U.N. is set to release an assessment on climate mitigation with recommendations on how best to reduce carbon emissions and keep global temperatures below 1.5 degrees Celsius of pre-industrial levels. Annual avoided CO emissions through indigenous forestland-tenure security. Graph from Indigenous land tenure report released in October 2021. Image courtesy of World Resources Institute. Juan Carlos Altamirano, the WRI economist who led the report’s research calculating emissions sequestered in IPLC lands, told Mongabay that they had always been aware that IPLC lands were carbon sinks. But their investigation showed that this was the case in at least 90% of the research target areas. In the four Latin American countries, research also revealed that each hectare (2.5 acres) of IPLC lands sequesters an average of 30 metric tons (33 tons) of carbon every year, about twice as much as lands outside IPLC protection. This equates to…This article was originally published on Mongabay