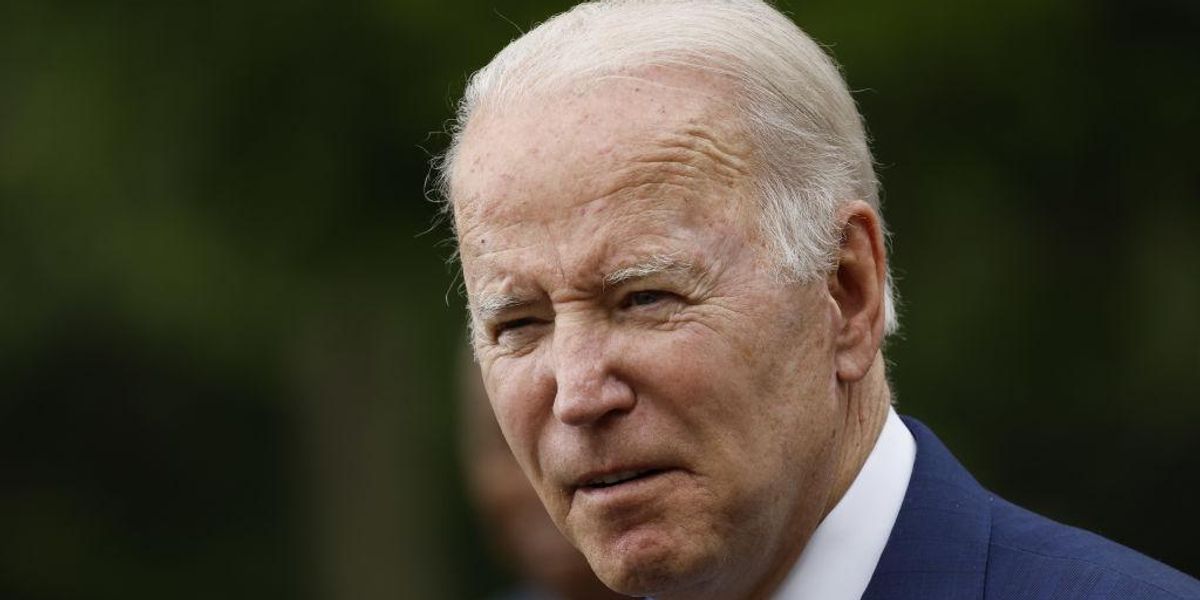 The Biden administration is suggesting that making corporations cough up “their fair share” would help alleviate the nation’s inflation problem.

You want to bring down inflation?\n\nLet\u2019s make sure the wealthiest corporations pay their fair share.

The tweet comes as Americans are being clobbered by soaring inflation that is rapidly eating away at the purchasing power of their hard-earned money.

“That’s not how it works boss. Stop printing so much money and the free market will take care of the rest,” Anthony Pompliano tweeted.

“The newly created Disinformation Board should review this tweet, or maybe they need to form a new Non Sequitur Board instead. Raising corp taxes is fine to discuss. Taming inflation is critical to discuss. Mushing them together is just misdirection,” Amazon founder Jeff Bezos tweeted.

The newly created Disinformation Board should review this tweet, or maybe they need to form a new Non Sequitur Board instead. Raising corp taxes is fine to discuss. Taming inflation is critical to discuss. Mushing them together is just misdirection.https://twitter.com/joebiden/status/1525234935346483210\u00a0\u2026

“This is the ‘wearing sweatpants out to dinner’ of inflation tweets. They’re not even trying any more,” Scott Lincicome of the CATO Institute tweeted.

“It’s like he had an idea but then got sidetracked by an unrelated thought,” former U.S. Rep. Justin Amash tweeted.

“Wow! Impressive. Congratulations, sir,” Blaze Media CEO Tyler Cardon tweeted — Cardon’s post included a video featuring a song with lyrics that included, “Congratulations, that was one of the stupidest things that I’ve ever seen anybody post on the internet before.”

The U.S. Bureau of Labor Statistics released new consumer price index data earlier this week. “The all items index increased 8.3 percent for the 12 months ending April, a smaller increase than the 8.5-percent figure for the period ending in March,” the BLS noted.

As Americans are sinking in a raging sea of inflation, 80 U.S. senators on Thursday voted in favor of confirming Federal Reserve chair Jerome Powell to a second term.

“President Biden has a plan to tackle inflation – by lowering costs that families face and lowering the federal deficit by asking the large corporations and the wealthiest Americans to pay their fair share,” a White House press release states.

The release says that, “one of the main ways Congress and the executive branch can act to lower price pressures is to reduce the federal budget deficit.”

“President Biden’s plan will make the wealthiest Americans and largest corporations pay their fair share, including through a new Billionaires’ Minimum Income Tax. By enacting reforms to make corporations and the wealthiest Americans pay their fair share, Congress can lower the deficit even more, while also lowering costs for families,” the press release states.