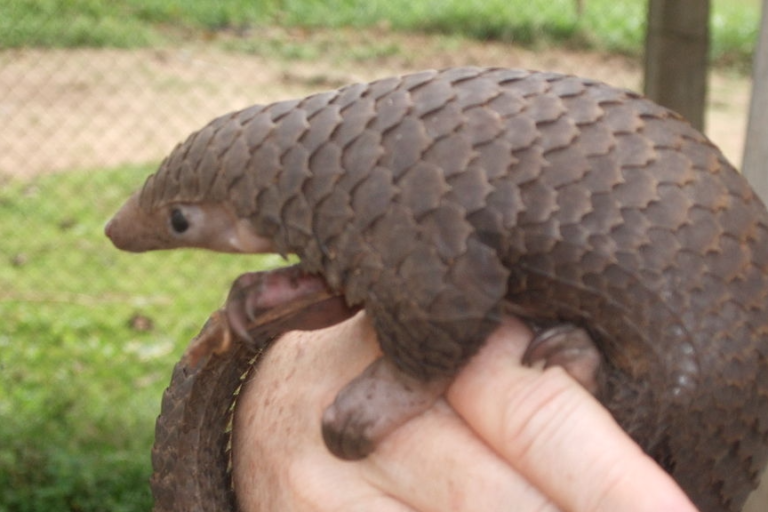 This February, Nigeria’s Customs Service intercepted 840 kg of pangolin scales and 145 kg of ivory on its way to Asia, near the country’s main port in Lagos. Pangolins are one of the most trafficked mammals in the world. Under CITES, the global wildlife treaty, trade in all eight pangolin species is banned, barring exceptional cases. In recent years, the traffic in pangolin parts, especially scales, from Africa to Asia has picked up pace but determining where seized scales were harvested has proven difficult, if not impossible. “The way in which the trafficking happens is still a big question mark for us,” Sarah Stoner,  director of intelligence at Wildlife Justice Commission (WJC), a Netherlands-based non-profit, said. WJC collaborated with Nigerian authorities during the February raid. “We don’t know how pangolins are being killed, how scales are being harvested. That is something that continues to be a huge impediment in tackling the trade.” Pangolin scales seized during a raid in Nigeria in August 2021. Image courtesy of Nigeria Customs Service. Scientists at the University of Washington in the US have developed a technique using genetic data to pinpoint where ivory originated. “We are in the process of developing similar technology for pangolins, especially since 25% of large seizures of pangolin scales are commingled with ivory,” Samuel Wasser, a conservation biologist at the University of Washington, told Mongabay in an email. Wasser’s team is piecing together a DNA reference map for pangolins. “We have also started accumulated samples from recent pangolin seizures,”…This article was originally published on Mongabay